Welcome to a short history of Global Minitel

Minitel has gone global and it has changed the world. After France introduced the Minitel system in the 1980's the early computer slowly garnered everyone's attenion. The United States was primed to take control of the technological revolution with great minds like Bill Gates and Steve Jobs creating and advancing new computer system. Unfortunetly, the U.S.'s involvement with U.S.S.R. turned ugly and much of the United States was destroyed in a nuclear war. The only parts of the country that were untouhed were the middle of the country and a little city in central Virgina. To the citizens of the compounds the small Virgina town is just a mythical land they refer to as Hoo'ville. Some say many Hoos' still live there and that they get to wear orange and blue. Anyway, the destruction left the city of Chicago the new epicenter of the country with it's midwest location. After the Nuclear war France helped the U.S. get on their feeet and even sold their computer system, "Minitel" to the U.S.which they used to mend the broken country together. As the U.S. was saved with the adoption of Minitel the rest of the world followed suite as France continued to sell the Minitel systems to all first world countries. It is now the year 2050 and Minitel has transformed the world population into it's worker bees and the central Minitel administation controls everything. People live in compounds and only dress in white. It is a sad world where no one has individuality except for what trade they are trained in. This is an early version of what the Minitel computers looked like when France first sold the U.S. their computer systems. These were the machines that brought the country together after such a dark time but then proved to be even more catastrophic then the nucelar war. 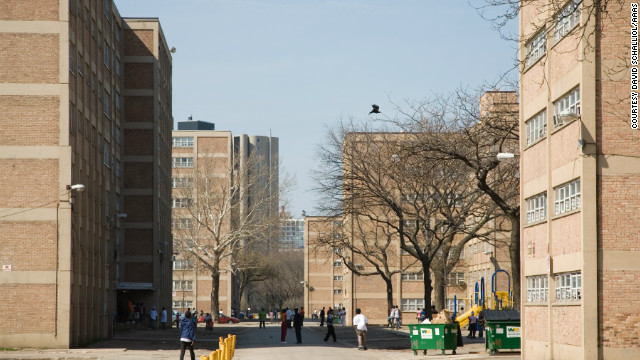 This is a glimpse of an early compound before members were forced to wear all white. The structures were updated since then but this is a glimspe of how the citizens lived.

To check out more websites from MDST 3500 students check out our website here!